The Next Big Thing!

The lovely Lisa Gail Green tagged me for The Next Big Thing! (It's a meme in which a succession of authors answer the same round of questions about their books.) I admit I've done this before, but it's fun, so there.

TEXTING THE UNDERWORLD comes out August 15! It's been getting great reviews (a Kirkus star!) but I'm a nervous wreck anyway. The launch party is August 1 (Blue Hill Public Library, 7 p.m.) and I start a three-week blog tour  August 5 at The Children's Book Review. (I'll post the complete tour schedule next week.)

What it’s about: Conor O’Neill always thought spiders—and his little sister, Glennie—were the worst kind of monsters life had in store. That was before an inexperienced young banshee named Ashling showed up in his bedroom.

The arrival of a banshee, as Conor soon learns, means only one thing: Someone in his family is going to die. Not only will Ashling not tell him who it is, it turns out that she’s so fascinated by the world above that she insists on going to middle school with him.

The more Ashling gets involved in his life, the harder it becomes to keep her identity a secret from his friends and teachers—and the more Conor worries about his family. If he wants to keep them safe, he’s going to have to do the scariest thing he’s ever done:  Pay a visit to the underworld.

If only there were an app for that.

CJ Adams (“The Odd Life of Timothy Green”) would be a great Conor, and Elle Fanning would be lovely as Ashling. (She’d have to dye her hair red.) "Modern Family" star Rico Rodriguez is the perfed Javier. The other major character is Grump, Conor’s grandfather, a banshee expert who’s kind of a loveable curmudgeon. Gotta be Clint Eastwood. 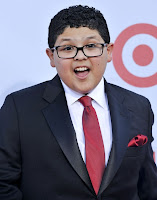 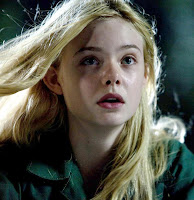 How long did it take you to write the first draft of the manuscript?

And now (*drum roll*), I join Lisa in tagging Lena Goldfinch, author of SONGSTONE, AIRE, and THE LANGUAGE OF SOULS.
Posted by Ellen Booraem at 9:52 AM

I can't wait to read this book! It sounds so cool, and banshees and other things like that (mythical? Legends? Folklore? I don't know....) always interested me! I've already read Small Persons With Wings and loved it, and I'm trying to find a store with The Unnameables(no such luck though, probably going to have to order online)
Can't wait for Texting The Underworld!

Thanks for stopping by! So glad you liked Small Persons...