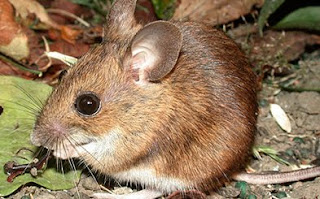 Nearly a year ago, I complained that Mickey, Minnie, and possibly several Mickey-and-Minnie-ettes had taken up residence in my car's heater box.

After many failed attempts, today--finally--is eviction day. As I write, my car is up in Ellsworth at Out-O-Town Auto, having its heating system removed, cleaned out, and reinstalled. I am praying, as I'm sure O-O-T Pete is, that no one is currently in residence.

It's been quite a siege. As far as I can tell, nest construction began last fall--I noticed when my heater fan started to sound like its stomach was rumbling. Pete vaccuumed out the fan, and got lots and lots of nest material, including lovely soft gray fur. Then a few weeks later he vacuumed it out again. Then his mechanic vaccuumed it out. And did it again and again, can't remember how many times. Our hope was that eventually the fan would suck all of the nest out of there, but this turned out to be the Taj Mahal of mouse nests. Complete with en-suite toilet, I'm sorry to say.

During the summer, it didn't matter that the air was redolent with mouse poop, because I kept the fan off most of the time and could open the windows. This fall, however, the air quality in my car took a nose-dive with the outside temperature. Eventually, I had to choose: Keep the heat off and die of frost-bite, or turn the heat on and die of pulmonary poopitis.

These mice, by the way, are trendy and hip modern mice. They have peanut allergies, and therefore ignore mousetraps baited with peanut butter. They adore the smell of Bounce dryer sheets, which a friend's mechanic recommended to fend off her resident rodents and which I distributed under the floor mats and in the glove box. I'm pretty sure they keep abreast of my planned attacks via Blackberry.

Finally, I consulted my insurance company, and discovered that there is a function for that "damage other than collision" line. I have a $250 deductible, but Hanover will cover all the rest of the cost of the Mickey-ectomy. This is an expensive proposition, because Pete has to remove the dashboard to get at the heating system.

Once I get the car home, the next task will be to discourage the little buggers from coming back. Pete suggests leftover deoderant. I'm thinking Irish Spring deoderant soap, which supposedly keeps deer away from gardens. (And, for all I know, keeps deer from nesting in your heater box.) At least my lungs will smell daisy-fresh.
IN OTHER NEWS: Pneumonia be damned--I went ahead and took an intense five-day playwriting course at the Stonington Opera House, taught by John Cariani. It was amazing, far exceeding my expectations. I'd intended it only as a way to kick-start my brain, which was getting a bit sluggish. But it also taught me new things about storytelling, and offered a bunch of helpful exercises for prying the story out of your cerebellum. John and the nine students may attempt to develop ten ten-minute plays for production in some form at the Opera House next fall. Stay tuned.
I said I wanted to talk about the Maine referendum vote. I lied. I don't want to talk about it. Here's the nub: I was very disappointed by the vote on gay marriage, particularly since I went to bed Election Night convinced that we'd won. I wish we could install a Europeanish system in which everyone gets a civil ceremony and those who want a church wedding layer that on top. That way, churches could do what they wanted and if your church wouldn't marry you, you'd just find one that would. Very sensible, in my view. And therefore impossible, probably.